Is your toddler completely attached to their pacifier? Are you looking for a way to break the pacifier habit, but don’t know where to start?

Read on for my tips on how to lose the pacifier for good! 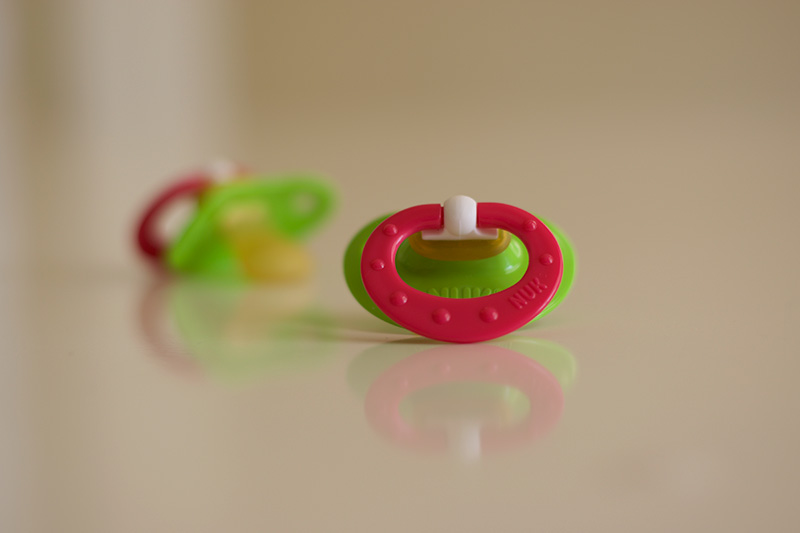 Pacifier, binky, dummy – whatever you choose to call it, this innocent little piece of moulded silicon has become the bane of many parents existence! What starts out as a handy device to soothe your tiny baby, is later cursed by many parents – when their older toddler just won’t be without it! Is this you?!

What can you do? How can you lose the pacifier for good?

Here are my tips on how to say good bye to the pacifier – with minimal fuss!

Lose the Paci… or don’t…

If the pacifier is not causing any problems – your child is happy and sleeping well (i.e. you are not up half the night searching for the blinkin’ paci!) then don’t feel pressured into getting rid of it too soon. Pacis get a bad rep, but can be very soothing to some kids.

I worried about Little M’s paci habit his whole babyhood – thinking we should get rid of it, but not quite wanting to rock the boat. He slept solid nights and naps, it soothed him, why tempt fate?! In the end we cut paci use down to sleep only and just let him be until we thought he was ready.

If your child is under 2 your doctor or dentist will probably be fine with paci use. Ask if you are not sure. After age 2 doctors usually advise stopping pacifier use to avoid any dental or speech issues – although our dentist was very relaxed and said the paci was not an issue until the adult teeth came in! For our own peace of mind we aimed to lose it by 3 though!

Judge for yourself, depending on your child and your situation. Don’t be afraid to wait if that is what is best for you and your child.

However, if the pacifier is literally the bane of your life, or it’s ‘just time’, then read on…

Cut paci use down gradually

Pacifiers are basically in or out, so sooner or later you’ll have to pull the plug – literally, ha ha! But you can start the process gently by gradually cutting down the time the paci is used. Maybe you have a rule that paci is just for sleep and car rides for example. Aim to gradually cut down paci use to sleep only – and stick with any paci rules you make!

Introduce a lovey, blankie or other soothing item

When it’s nearly time for the paci to go, it’s nice to introduce a blankie or lovey to your child. Children over around 1 or 2 years old can sleep with the lovey to help soothe them. (For younger babies anything in the crib can be a suffocation risk.) Check that the lovey you choose has no small parts that can detach. Do ask your doctor if you are unsure.

For babies, you can still introduce the lovey during play time or nursing time to get them attached to it. LP falls asleep cuddling hers, but we take it out of the crib to avoid any risk when we are not watching her. We love these cute animal blankies as they are so soft!

When it’s time to say goodbye to the paci make sure it’s at the right time for your child. Try to avoid already busy or stressful times such as after the arrival of a new sibling, or in the middle of potty training. There’s never a perfect time, but with some consideration you can make the transition easier on your child.

Write to the Paci Fairy

Tell your child that in a few days they can leave the note out for the Paci Fairy, along with their pacis and when they wake up she will have worked her magic!

Its good to prepare children of what is going to happen, but don’t leave it too long to leave the note out in case they start to worry or lose interest.

With very strong willed kids you could start talking about the Paci Fairy a few weeks or even months before you plan to lose the paci. We did this with Little M – “One day, when you are ready we can write to the Paci Fairy…”

I’m the end the decision was entirely his, as he announced one day he was writing to the Paci Fairy!

Exchange the pacifiers at the toy store

Another idea, instead of the Paci Fairy, is to take your child to the toy store and tell them that they can exchange their pacifiers for a toy. Most staff will be more than happy to play along and dispose of the pacis for you!

If offering toys as a reward is not your thing, you could reward your child with a trip out somewhere special – the zoo, or a new ice cream shop that they have been wanting to go to. I think it’s a good idea to offer some type of reward for giving up the pacifier – it’s a big deal to many kids! A reward and lots of praise can make losing the paci a positive experience for your child.

Stand firm and be consistent

When it’s time to say good bye to the pacifier stand firm and be consistent. This is my most important tip!!!

If you cave in and give the pacifier back then it will be a hundred times harder to take it away again! I suggest actually throwing all of the pacifiers away so that you are not tempted to give in!

Expect a few tears. This is a big deal to your child. Give lots of praise and encouragement. Try not to worry. Kids are very resilient and after a couple of days the pacifier will be long forgotten – then you will look at your happy child and wistfully remember their pacifier sucking baby days! Ahh,  parenthood!

Have you had a child addicted to their pacifier or dummy? Any tips on how to lose the paci? 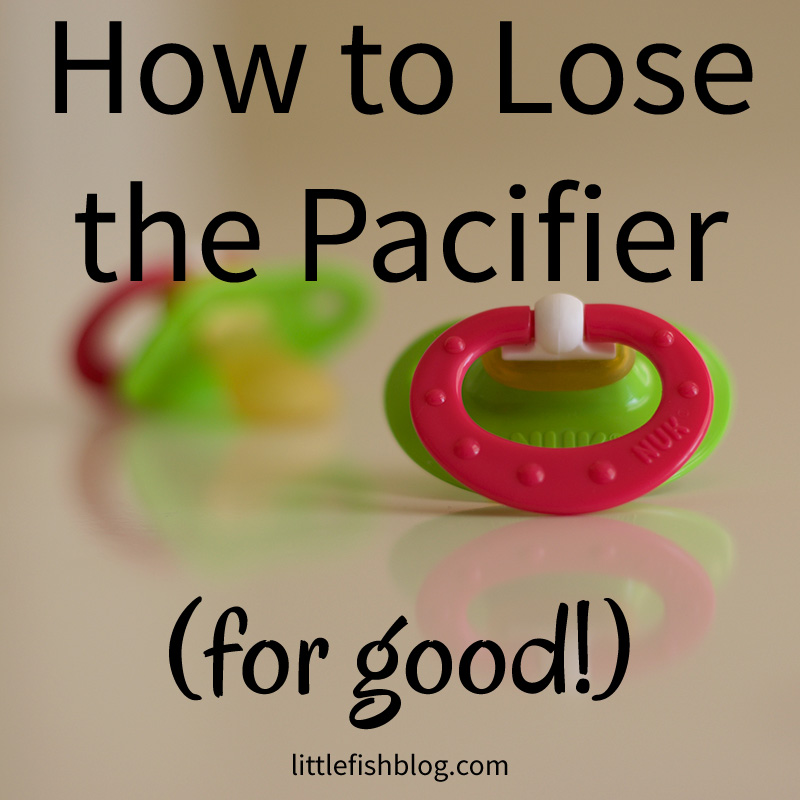 Sweet and simple ideas to inspire kids. Art, crafts and nature. Lover of whales, recycling and tea on the beach! 🐳 ☕️🏖

Not been on twitter much lately, have I missed anything?! 🤔😉