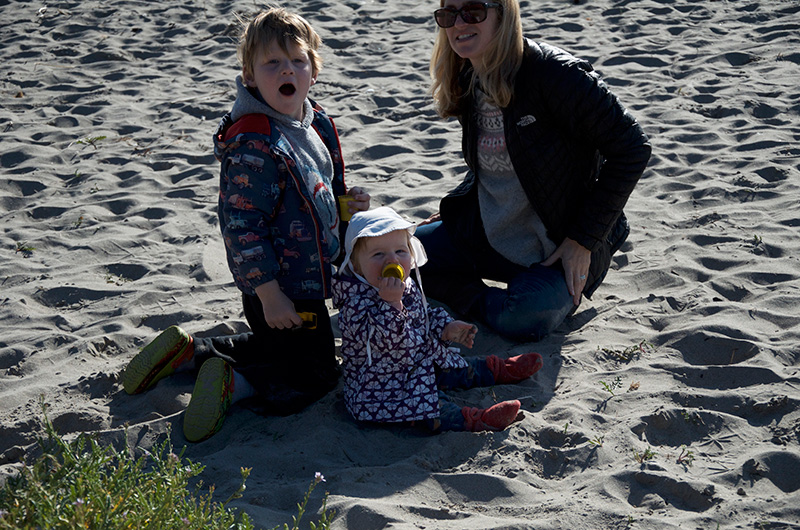 Wow – the first week of 2017 has flown by! I hope that you have all had a good start to the year?

It’s been a good week, although it’s taken me until the end of the week to get into anything like a routine! The Hubster was back at work on Tuesday and Little M was back for his nursery morning, but somehow we still felt in holiday mode for the first part of the week! The kids woke up early all holiday and then on Tuesday we all slept in! Typical eh?!

It’s been an upbeat week though. I think having such a lovely new year weekend together put me in a positive mood for the whole week!

Here are my Little Moments for last week – and a few from the previous week too!

Since I didn’t post last week I wanted to make sure that Little M’s birthday was included in my happy list! His birthday falls right between Christmas and New Year. Little M only wanted to go to the park for his birthday, so we had a little picnic with his friends. Sunshine, toys, friends and a chocolate m & m surprise cake – what more could a 4 year old want? Safe to say he had a blast! I still can’t believe I have a 4 year old…

New Year’s Eve was always something I used to dread a bit when I was younger. Too much expectation, or something. Now I have a family I love it, as we just focus on having a special day together. I wrote a little bit about it here in my first Living Arrows of the year. The photo above is not the greatest ever (!) but I love it as it brings back memories of the little moments we had. (I do want to get more photos of all four of us this year though – I think we only have about two!)

My photo of Little M on Stinson Beach featured on You Baby Me Mummy as part of her Point Shoot series. It made my day! I feel that the improvement in my photography was one of my blogging highs for 2016. So this was a lovely way to end the year and begin 2017!

Little M had a great couple of mornings back at his Forest School. He’s really settled in, since starting last summer. I was so happy on Friday when his teachers commented on how wonderfully he had collaborated with the other children. It really is amazing the difference a year can make! Proud mummy!

LP finally has a tooth! At nearly 11 months we were wondering when this was going to happen! She seems to have been gnawing on things for months, but then on Christmas Eve a little tooth finally popped through! Then this week a second one has started to poke through too! Now that little smile is even cuter.

2017 is the year of goals! I finished putting together my Blogging Bucket List for the year and am looking forward to cracking on with some goal smashing! Do you have any goals for 2017?

At 4 Little M is at a great age for board games. Christmas brought lots of new ones and we’ve had real fun playing them over the holidays and this week. A real favourite is Monkey Beach – it involves hunting for surprise treasures. Say no more!

I’ve always loved Disney movies – still do as a grown up! I love that we can watch family movies together now. Little M can concentrate on them now and LP just crawls about, but loves the ‘occasion’! We watched Frozen together on our last day of the holidays – even LP danced along to the songs!

What little moments have you been grateful for lately? Have you had a good start to 2017? Any new goals?

I’m linking this post up with Katy and Sian and their #HappyDaysLinky.